Old Military models were mainly built as pocket watches during the First World War. Since these watches were mostly used by officers during battles, these watches are also called "Trench Watches". The Old Military models are characterized by the oversized Arabic numerals and the so-called "Poires Squelette" hands. The hands were taken from the marine watches, which also had a slight pear shape. However, since the Old Military hands were coated with luminous material, the skeletonized pear hands had to be covered with several lines again so that the luminous material did not crumble out immediately. Due to this ornate design of the skeleton hands, they were later also called "Cathedral" hands, in reference to the richly decorated cathedrals.

For this model we received the renowned "German Design Award Winner" in 2020 in the "Luxury Goods" category.

We use a hand-wound movement from Switzerland as the basis for the movement, which is then elaborately decorated and modified by us in Germany.

We offer the Old Military models in different variants, and in sizes 40 mm, 43 mm and 45 mm. Please click on the watches below for more information about the models. 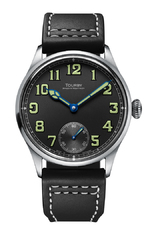 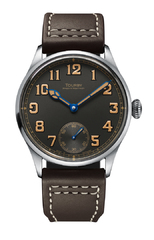 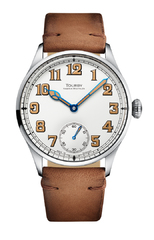 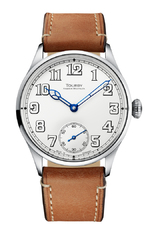 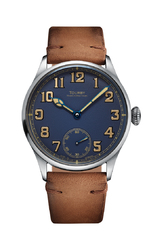 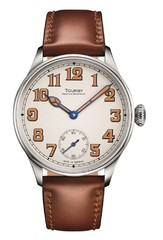 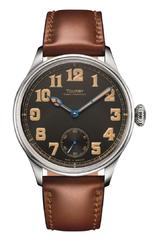 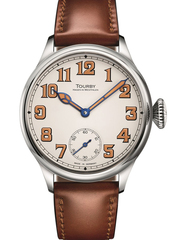 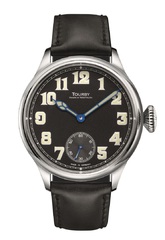 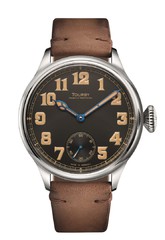